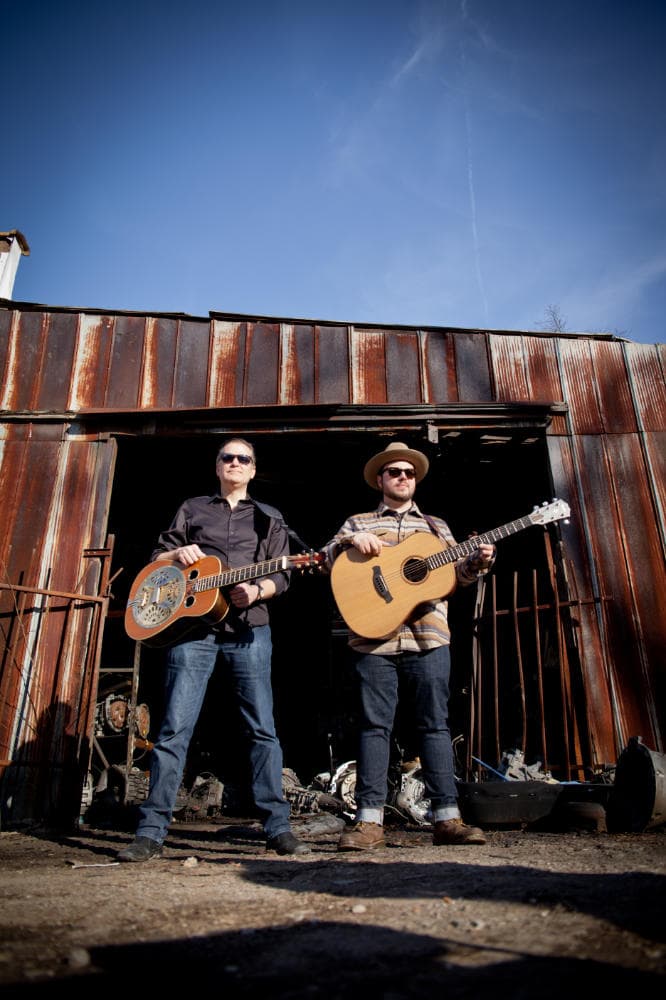 Socially distanced show for 220 masked patrons possible. Waiting to hear if the artists are going to go be able to tour before we sell tickets (approx. 6 weeks prior to show). Exploring possibility of adding second show.

Take a 15-time IBMA (International Bluegrass Music Association) Dobro Player of the Year and a Tennessee-born guitar prodigy who made his Grand Ole Opry debut at the age of 11, and you have Rob Ickes and Trey Hensley, a powerhouse acoustic duo that has electrified the acoustic music scene. Ickes co-founded the group Blue Highway and has been a sought-after Nashville session player and live performing musician for decades, with credits to his name such as Vince Gill, Earl Scruggs, Merle Haggard, Alan Jackson, Reba McEntire and Alison Krauss.

Hensley has been called “Nashville’s hottest young player” by Acoustic Guitar magazine and his soulful baritone vocals have received acclaim as well. Hensley has shared stages with artists such as Johnny Cash, Steve Wariner, and Peter Frampton. Known for their white-hot picking, stone country vocals with soul and world class live musicianship, Ickes and Hensley meld together blues, bluegrass, country, rock and other string band music of all kinds to form a signature blend of music that defies restrictions of genre.

“Ickes and Hensley can seriously burn up the fretboard with some of the most amazing country playing you’ll hear anywhere. In fact, they are so good that they could almost take on Ricky Skaggs with their passion and precision.”

From the new album, Before the Sun Goes Down, on Compass Records. A wonderful collaboration between Trey and Rob on acoustic guitar and dobro respectively, with a rousing vocal by Trey from the repertoire of the late, great Texas blues guitarist, Stevie Ray Vaughan. I’ve heard Trey do this live on his telecaster and that is something to see and hear–but this acoustic version, with the interplay here with Rob’s dobro, is unique and special.